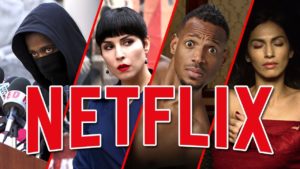 Have you ever wondered why brands like Nokia and Kodak, which once held dominant positions in their respective mobile and photographic film industry are no longer around or have a very minuscule market share?

And how Netflix, a company which started off mailing Movie DVDs end up producing their own movies.

There is a blatant difference between the above two scenarios, in the first case Nokia and Kodak failed to foresee the future, the changing consumer needs and choose to be in their own fairy world – And as a result, both the companies had to file for bankruptcy.

The second scenario talks about Netflix, a company which moved along with the changing time and the changing customer needs and hence pivoted its business model to stay relevant.

This is where SWOT Analysis comes in, it helps you understand the internal and external factors that will influence the organization business and strategy.

Having said that, let’s see what does the SWOT Analysis of Netflix has to say and what factors the company needs to take care of to shape its future strategy.

–BRAND IMAGE:  Over the years, Netflix has managed to build a strong brand name and has become a preferred brand for the customers for online media streaming.

–ORIGINAL CONTENT: Netflix’s has been producing its own content and that has been its biggest strength so far. Netflix provides its services in Canada, India, US, Australia, South Africa etc and curates its content basis the region it operates. The quality of the movies/series that Netflix has been producing is clutter breaking and this is the sole reason it is liked by one and all.

–TECHNOLOGY:  With a subscriber base of 137 million+ users, the company’s core strategy is to grow its streaming subscription business domestically and internationally. Netflix has developed an ecosystem for use on various Internet-connected devices, including televisions, computers, and mobile devices. All this has been possible because of the strong technology backend that Netflix has.

–HUGE DEBT: Netflix operates in around 190+ countries, producing and diversifying the content for these many countries requires money and this has resulted in adding a debt of $21.59 Billion.  Having a debt of such size is surely one of the biggest weaknesses for the company and it should look out to clear it out as soon as possible.

—REFRESHMENT OF THE CONTENT LIBRARY: Since Netflix is producing its own content (movies and series), the need to keep its content library updated becomes the prime importance for the brand. It’s subscribers demand new content every now and that’s the sole task that Netflix has to keep on fulfilling regularly.

Threats refer to factors that have the potential to harm an organization in the future. Given the fact, threats give a brand a far-sighted view about the problems that the brand is likely to face in the future, it is one of the most important factors in the SWOT Analysis of Netflix

–COMPETITIVE PRESSURE: Competition from companies like Amazon, Hulu, HBO, YouTube to provide original quality content is increasing and every brand is fighting hard to get the large piece of the market shared.  Facebook is the new kid in the block that is trying to enter in this segment.

Opportunities refer to the factors which the organization can use to its favor to grow its market share, sales, brand recognition etc. It’s the second most important factor in

–EXPANDING TO OTHER GEOGRAPHIES: With the vast content library that Netflix has, expanding to other geographies is one of the biggest opportunity for Netflix.

–PROMOTIONAL ACTIVITIES: In order to gain a strong foothold in the new geographies, Netflix can explore different partnerships with telecom partners, channel partners etc and bundle their services with them and promote their brand in a better way.

There are a number of challenges that Netflix faces but still, it’s the strong brand equity, current market position, and the opportunities that pose a strong growth in the future for the brand.

This concludes the SWOT analysis of Netflix.

Learn more about the Swot analysis of Amul

Check out the swot analysis of Samsung

Read more about the SWOT analysis of Mcdonald’s

Check out the SWOT Analysis of Toyota

Check out the swot analysis of Patanjali

Read more about the swot analysis of Walmart

Read more about the swot analysis of Pepsi, Marketing mix of Pepsi and BCG Matrix of Pepsi