There is a popular saying in marketing which goes like

“Marketing is no longer about the stuff that you make, but the stories you tell”

Coca-cola with its “Drinkable” campaign has taken experiential advertising to a whole new level for promoting this Coke- zero in a way that no one would have expected.

It’s not the sight nor the sound but the taste of Coke – zero that was promoted through Coca-Cola’s first ever “Drinkable” advertising campaign.

How did they create a “Drinkable Advertising?

To create an illusion that you actually taste the coke-zero, coca-cola collaborated with Shazam that helped the audience enjoy coke-zero with the help of technology.

By “Shazaming” the ad, viewers see Coke Zero pouring in the screen of their smartphones, filling a glass, which ends up into an actual free Coke Zero that can be redeemed on big retail stores across the US.

And in case of radio ads,  listeners were still able to use shazam and see the coke pouring into a glass in their mobile screens, earning them a free drink.

And it wasn’t just the digital medium that was targeted, Coke- zero billboards were set up across the cities that led people to pour and taste the all-new coke-zero. From print ads that became cups to leaflets that became straws, the campaign aimed to touch base with every walk of life. 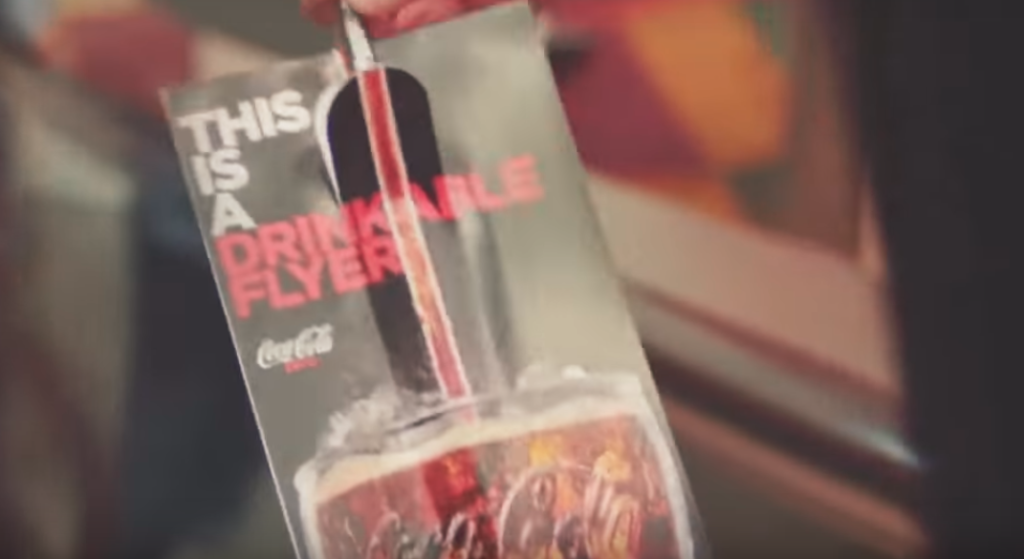 Whether they used Shazam to claim their drink or came across the “drinkable” billboard, the effectiveness of the campaign was successful, winning the audience and proving once again the power of experiential marketing!