An American global chain of hamburger fast food restaurants Burger King was founded in 1953 as Insta-Burger King. Soon the company ran into financial difficulties in 1954 and was bought by its two Miami-based franchisees David Edgerton and James McLamore which renamed it “Burger King”. Over the next fifty years, the company had many owners like TPG Capital, Bain Capital, and Goldman Sachs Capital Partners until in 2010 it was acquired by 3G Capital along with Berkshire Hathaway.

Over the years, Burger King’s menu has expanded from burgers, French fries, sodas, and milkshakes to a larger and more diverse set of products.

In 1957, the company added “Whopper” to its menu and since then it has become Burger King’s signature product.

Burger King introduced many products which failed to catch hold in the marketplace. Some of these failures in the United States have seen success in foreign markets, where BK has also tailored its menu for regional tastes.

From 2002 to 2010, Burger King target market mainly consisted of males with an age group of 18–34, with larger products that often carried correspondingly large amounts of unhealthy fats and trans-fats.

But it was beginning of 2011 that the company moved away from its previous male-oriented menu and introduce new menu items, product reformulations, and packaging.

Who are Burger King Competitors

Here is a list of Top 5 competitors of Burger King

One of the main competitors of Burger King is KFC. Also, known as Kentucky Fried Chicken, KFC is an American fast food restaurant chain that specializes in fried chicken.

With a presence in over 136 countries, KFC is the world’s second-largest restaurant chain after ( measured by sales)

An American fast food company that gives Burger King a run for its money is McDonald’s. Considered as the world’s largest restaurant chain by revenue, McDonald’s serves over 69 million customers daily in over 100 countries across approx 36,900 outlets as of 2016.

The company changes its menu and tries to bring in the localized flavor depending on the market they are operating in ( For example: In India, McDonald’s lay much more emphasis on offering vegetarian food options because of a high proportion of vegetarian people)

McDonald’s also cater to health-conscious customers by adding salads, fish, smoothies, and fruits to its menu.

JACK IN THE BOX

Another major Burger King competitor is Jack in the Box. An American fast-food restaurant chain, Jack in the Box was founded in 1951 by Robert O Peterson. The chain has restaurants in close to 2,200 locations and gives KFC major competition at its home ground (USA).

Although the food menu of Jack in Box includes hamburgers, chicken tenders, and french fries but is most known for its taco. As reported, in The Wall Street Journal, as of 2017, the company sells 554 million tacos in a year.

Besides tacos, other Americanized foods from ethnic cuisines that Jack in the Box offers include egg rolls, breakfast burritos, and poppers.  The restaurant tries to introduce new items every three to four months and also carries seasonal items such as pumpkin pie shakes, Oreo mint shakes, and eggnog shakes during the Thanksgiving and Christmas holidays. With its rich menu and sheer size in the USA, Jack in the Box is considered as one of the major competitors of Burger King.

Best known for its square hamburgers, Wendy’s menu consists primarily of hamburgers, chicken sandwiches, French fries, and beverages such as the Frosty.

Just like other competitors, Wendy’s also experiments with its menu and bring in the required changes that suit the local regional tastes. 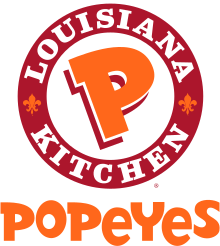 Popeyes is an American multinational chain of fried chicken fast food restaurant and is the second-largest “quick-service chicken restaurant group, measured by a number of units”, after KFC.

There are more than 2,600 Popeyes restaurants in more than 40 states and the District of Columbia, Puerto Rico, and 30 countries worldwide. Out of the lot, about thirty locations are company-owned, the nearest franchised Mcdonalds.

Apart from chicken dishes served in mild and spicy flavors, Popeyes also offers fried chicken, Chichen-and-sausage jambalaya and po’boy sandwiches. Just like Jack in the Box, Popeyes also tries to experiment with its menu and introduces new items seasonally. The restaurant also offers meal combos and value meal packs to its customers. The menu of Popeyes is very much of the same lines as of Burger King which makes it one of the biggest Burger King competitor.